Filled Under: All Things Hollywood, Blog, Entertainment, Worth Reading and Watching

Overall Season #3 is very good for comic fans of the usual characters and for people who liked Seasons 1&2.Â Â Matthew Murdock (and DD) return after being buried under a building in the Defenders.Â  Wilson Fisk, the Kingpin (the terrificÂ Vincent D’Onofrio), comes back to reinvigorate the franchise.

This arc introduces and develops Bullseye (Wilson Bethel), one of DD’s prime villains who begins as an FBI agent and then works for Fisk, takes over DD’s identity in the story and wrecks havoc.Â  Karen Page and Foggy Nelson are back in their usual roles.Â  The story arc is a bit of Frank Miller’s Born Again and the introduction of Bullseye.

It might be a tough sell for newbies who neither grew up with the comic nor bought into Seasons 1&2.Â  The series is 13 episodes long and takes its time getting going, but the last episode is a great payoff.

For some additional detail . . . read here:Â  SEASON 3 LEAD UP and SUMMARY 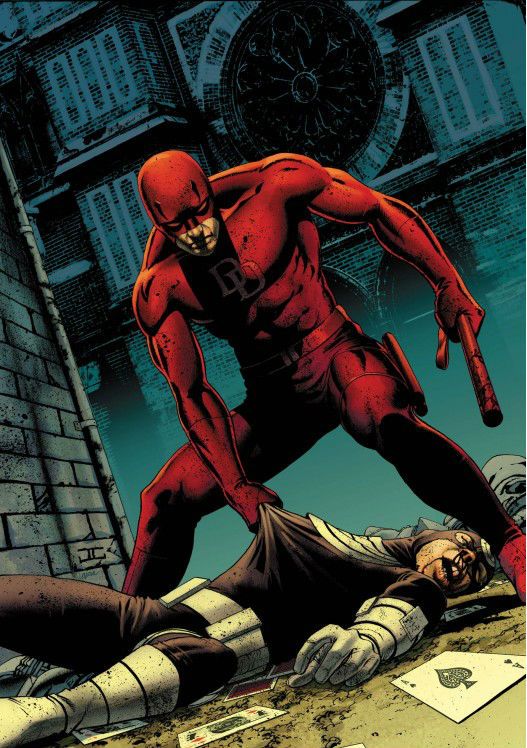 A terrific fanboy season finale episode – Daredevil/Matthew Murdock gets back to being an ass-kicker.Â  The Kingpin and Bullseye are great.Â  Much like the end of Season 2, I was left wanting more- knowing full well what probably lays ahead from the Frank Miller comic series.

From a big fan . . . I’ll give it 7/10.Â  A long, slow lead-in hurts the cause, but the action scenes are terrific and the last episode is extremely satisfying for dorks like me that love the franchise.