Filled Under: Blog, Entertainment, Frazer Wastes Your Time, Frazer's Playlist (Almost Like Having Frazer Carrying the Boombox in your Entourage), Worth Reading and Watching 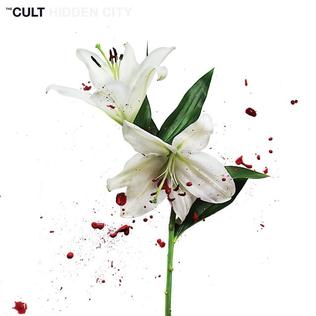 The Cult hold a permanent (and prominent) place in my heart. Â Their career arc coincided with my discovery of UK music in the early 80’s on Long Island’s WLIR all the way until now (over 30 years!). Â Ian Astbury and Billy Duffy have been through thick and thin. Â They’ve broken up three times and fought theÂ ennuiÂ the world weariness can bring. Â For God’s sake, Guns ‘n Roses opened for them at one point. Â Their music has evolved and matured, then regressed (I say in my most haughty chin-stroking way- even though I can find terrific songs throughout the catalog). Â They have matured again especially in their last two albums. Â This latest is somber and subtle. Â However make no mistake, there is no power outage here. Â This is a proud rock band that meldsÂ technical professionalism (through Duffy and producer, Bob Rock) with spiritualism and deep experience (Astbury). Â I’m no hipster lumberjack navel-gazer- 10 albums over 30 years- their latest being as interesting as anything out there now? Â I’ll take these guys 7 days a week and twice on Sunday against any of the young upstarts out there now . . . Â Two of their songs are below, but the whole album is worth a listen . . . .

“Hinterland” from the Cult’s Hidden City (BUY IT HERE)

Primal Scream’s “Where The Light Gets In” from Chaosmosis (Out March 18): Â The Scream Team are on their 11th album and it looks like, against all odds, Bobby Gillespie gets younger and cooler with each successive year. Â With Stones-ean levels of partying and permanent street cred, with chance taking an an insatiable musical curiosity, I think death is the only thing that will stop Bobby- this pop confectionary is stuck on my brain and demands a re-workÂ from Calvin Harris. Â Triple threat, Sky Ferreira joins the fun.

Big Black Delta’s RCVR (with Debbie Gibson)– L.A. based Jonathan Bates does it again . . . infectious, throwback pop grooves, perfectly casting 80’s pop icon Debbie Gibson as the unwitting foil for Jonathan’s angst . . . stuckÂ in my brain just like BBD’s other work- JB puts on a good show too if you are able to check him out . . .

Debbie Gibson explains how she linked up with Jonathan Bates (Big Black Delta)– totally cool – her vocals were pretty much recorded on an iPhone!